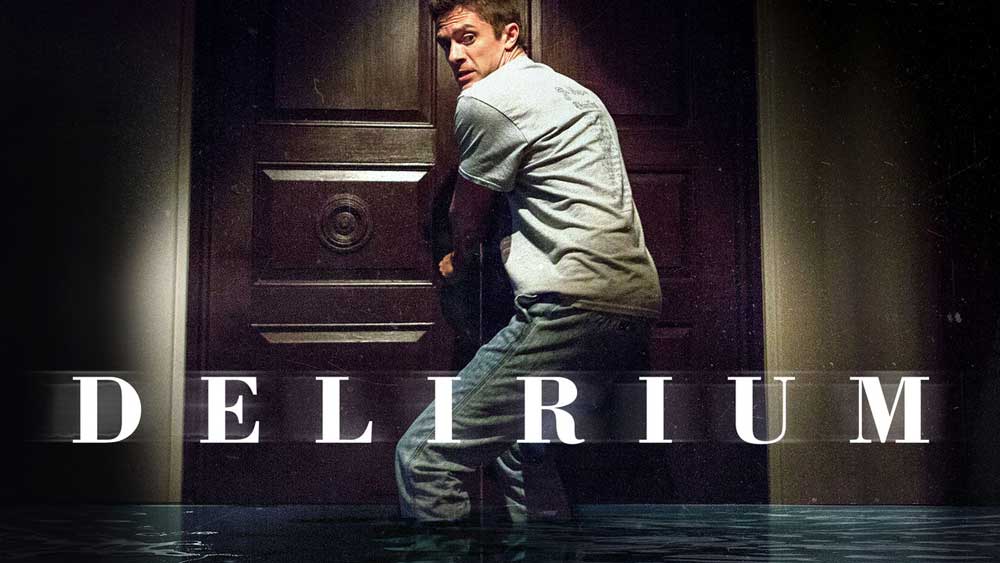 Hello, and welcome to another edition of Watch This, Not That: Halloween Edition. I’m your host, Typical Jenn, and I believe my taste to be better than the know-nothing movie critics that panned the movie The Exorcism of Emily Rose, one of the best possession movies of all time – FACT. Anyway, I spent my weekend watching horror movies that, for the most part, aren’t well-known so I could report back and give you something to watch this delightful Halloween season.

Let’s begin with my recommendation. If you’re looking for a movie to get into this weekend, I suggest watching Delirium on Netflix. Delirium stars Topher Grace (from That 70s Show which I’ll admit, set my expectations pretty low) who plays Tom Walker, a man who was just released from a mental institution after 20 years. He’s placed on house arrest and sent to live at his father’s house who has since passed away.

He’s enjoying his newfound semi-freedom for about 7 minutes when shit starts to go down. It starts out with the usual: noises, he starts seeing things. Then, pieces of his past start to manifest like his brother, who’s the reason he ended up in an institution in the first place. The thing is though, he’s a bit mental. So, is he really seeing these things or is it all in his head? My favorite thing about this movie is every time I thought I knew what was going on, I didn’t. It’s not without a few cheesy parts but the twists and turns make up for it – I think you’ll like it.

The next movie I watched was The Open House, also on Netflix. It made approximately zero sense. The Open House is about a mother and son who are forced to move into a relative’s home after their husband/father passes away. The house is up for sale so the deal is they have to be out of the house every Sunday from 10AM to 5PM.

Weird things happen from the moment they move in. They meet a weird ass lady who is not pertinent to the story whatsoever but keeps making cameos.   More weird things happen in the house like items disappearing and sounds and the hot water keeps going out. Then one night, shit goes from amateur to slasher-ish? Some dude whose face we never see breaks into the house and kills a friend of the mom’s and then tortures the mom and then the son helps her escape but then the guy finds her and just when she gets away again the son accidentally kills her. And then the son escapes but the guy catches him and kills him and then it ends with a car driving to the Open House.

I don’t know if the open house was how this guy found his victims or if he’d been following them all along. Why didn’t he kill the family who owned it before?! At first I thought it was the town that was fucked up but nope. Listen, I dig movies that make me think one thing and then go in a surprising but even better direction (i.e. Delirium), but this? I just didn’t know what was going on. I don’t think the actors did either, or the directors, or whoever wrote this. I give it negative 134 stars because that’s the exact number of minutes I wasted on this film.

Before that movie I tried watching All Lights Will End. I got about 20 minutes into it and turned it off. I couldn’t get past the terrible acting. Don’t watch that either. Even if it’s the only thing on TV forever there’s absolutely nothing else on it’s either static or this movie – don’t watch it. Carve a pumpkin, take a nap, learn to churn butter. Anything else would be better.

And that’s it for this edition of Watch This, Not That: Halloween Edition.