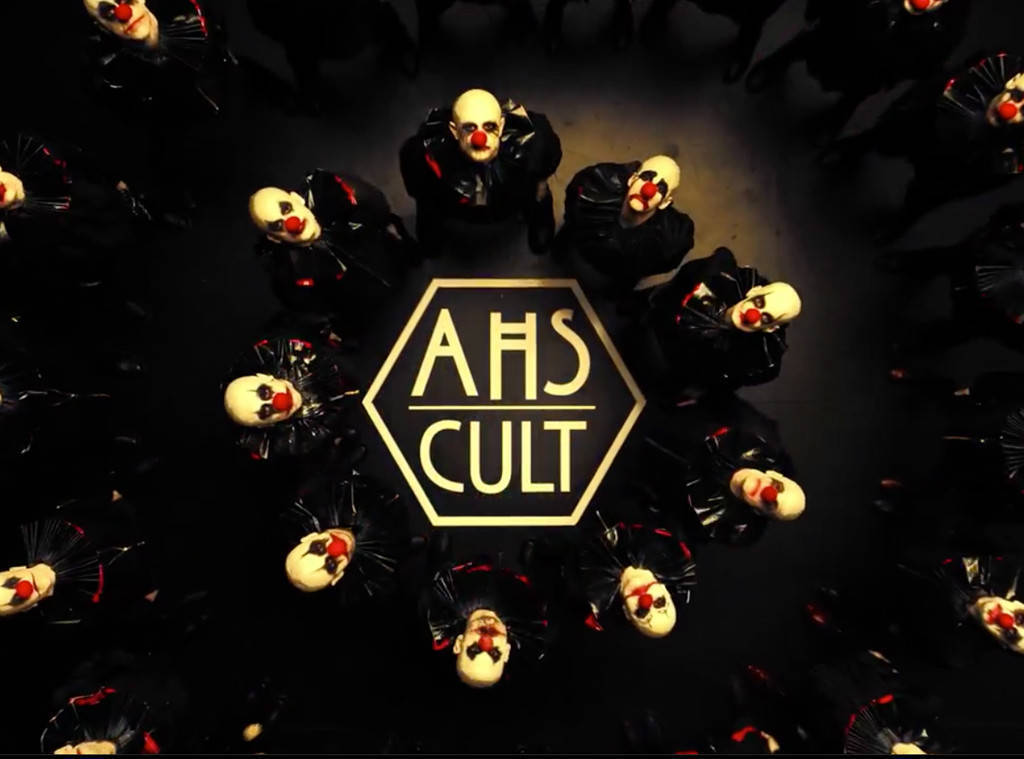 I guess I’ll start with “OK I’d heard this season would be about the election but damn it the news is bad enough did you really have to go there, AHS?” I mean really. Television is my escape, and what did you do? You took a show that was based on fun-horror that sometimes sucked and turned it into a political mess (as in this is everyone’s American Horror Story) and now you’ve given me one less thing to write about for Typical Jenn’s 31 Days of Halloween. I hope you’re proud of yourself.

Episode 3 airs tomorrow but I gave up after episode 2 because it’s bloody awful. Here’s what’s happened so far:

It opens with the announcing of Trump winning the presidency and then it shows a woman (Sarah Paulson) losing her mind while a guy (Evan Peters) gets psychotically excited about it. So then… God I don’t even want to go into detail it’s so terrible. So here’s the gist of it:

Ally (played by Sarah Paulson) is married to a woman, Ivy, and she has crazy anxiety and it’s gotten worse since Trump was elected. So she starts seeing clowns everywhere and Ivy thinks she’s going crazy but she’s not because if you see a clown you are not imagining it, it is there and it will kill you. FACT.

Anyway, people wearing clown masks are after her and the babysitter she hired to watch their son is in on it. Actually everyone is in on it, except her wife – MAYBE. And Kai (played by Evan Peters) is crazy and has a city council member killed and then gets a bunch of migrant workers to beat him up by throwing his pee on them and one of his followers films it and it makes the news and now Kai is running for city council. (They want you to believe he’s the cult leader but he’s not, just trust me) Oh, and then someone dies at the restaurant that Ally and Ivy own. It’s all one big conspiracy, which is what this stupid season should’ve been called – American Horror Story: Conspiracy.

And that’s all I’ve got for American Horror Story: Cult. Sorry, this post is terrible because so is this season of AHS. All I wanted was something paranormal scary to watch, or if they had to write about the election then at least make it like a Tales From the Crypt episode where Trump gets haunted by dead president’s and each president uses a part of the constitution to torture him or something like that, anything! But this? Nope. I’d sooner watch daily reruns of that crap that was Freak Show.