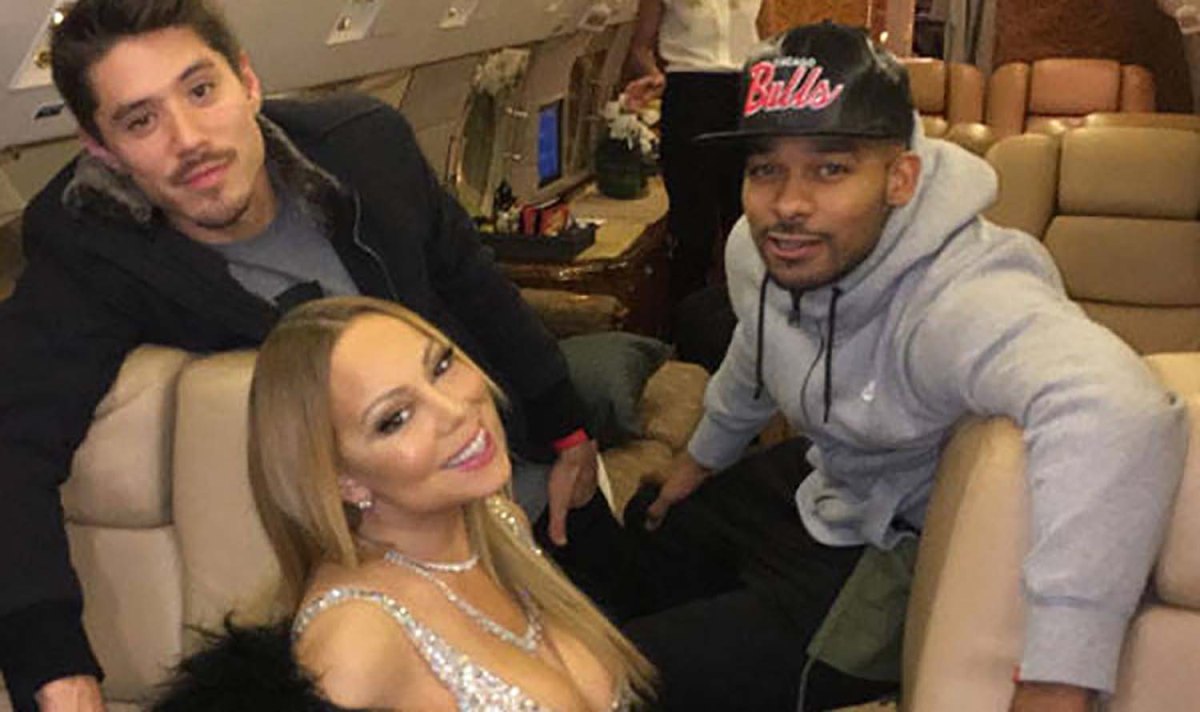 I once had a person tell me that they only liked movies that “could actually happen” – an interesting take considering one of the objectives of a movie is to provide the audience with a momentary escape from reality. After I finished rolling my eyes a complete 360 degrees I thought “what a pretentious thing to say about entertainment.” Depending on one’s mindset any movie can happen in real life, even the animated ones. “I only like movies that can actually happen.” Pfff. Good god. Not liking a movie because it’s fiction is a bit inane; fortunately I have a fix for this ornate way of thinking: simply tune in to E! and watch Mariah’s World. It’ll make you swear off reality by episode 3. FACT.

Mariah’s World is supposed to be an 8-part docu-series (i.e. reality show, although I read an article that Miss Mariah didn’t want it to be referred to as a reality show, which is precisely what it is) that chronicles Mariah Carey’s tour preparations, the actual tour, and the planning of her wedding. What it actually looks like is a cross between her MTV Cribs episode and the movie Spinal Tap.

When watching Mariah’s World you’ll see a lot of things like a lot of people kissing Mariah’s ass, a lot of shots of Mariah Carey posing and blowing kisses at the camera, a lot of Mariah Carey lip-singing like she’s constantly filming a music video, a lot of staged scenes, a lot of shots of Mariah’s cleavage, and a lot of mirrors. Tons of mirrors; in fact, the show should be called “Mariah’s World as Told By Her Reflection.” Half of each episode contains scenes where she’s speaking to somebody while staring in a mirror – not staring at the person she’s talking to, but staring at herself. I’m surprised there hasn’t been a scene where she gets so caught up in her own reflection she stops talking and the next 5 minutes is nothing but awkward silence while she longingly gazes into the mirror. The editors probably took that scene out, the cowards.

In addition to things you’ll also see people, people like Stella, Mariah’s no-nonsense manager who yells at people all day and could make any hardcore feminist revert. The turnover rate in Mariah’s fantasy land has been pretty high since Stella’s arrival, so high in fact that she’s run out of people and has hired her 12-year-old daughter to be Mariah’s social media manager (i.e. she posts on Facebook and Instagram all day). So if your job title has social media anything in it, it may be time to find an actual career. Anyway, everyone hates Stella which means she’s probably more likely to stick around.

Then there’s her creative director Anthony who was only recently promoted to the position, probably because Stella has gone through the alphabet of creative directors and she’s back at the beginning. There’s her back-up singer Mary Ann whose sole purpose on the show, other than performing with Mariah, appears to be providing a dramatic story-line in which she remains angry at Anthony for an entire 7 episodes all because he didn’t want her 5-year-old on the bus with the dancers.

The rest of the people include her make-up artist Kristofer, Danielle the hair stylist, Tanaka the dancer/Mariah’s boy toy, a bunch of filler people, and then there’s Molly. Molly, who was hired to be Stella’s tour assistant, is a cross between Phoebe from Friends and an adult coloring book, she means well but is just a bit ridiculous. Now, I have no proof of this but I’m pretty sure Molly was brought in so that the show would be more than just Mariah drunkenly posing and staring seductively at the camera. Every 2 minutes I felt like I was watching Mariah Carey do her very best impression of Mariah Carey. Anyway, things start to pick up when Mariah begins a flirtatious relationship with Tanaka, rendering Molly obsolete, thus she is fired. Also, because she annoyed Stella.

A few other things happen in Mariah’s World. Like all reality shows Mariah does the standard personal interviews, however hers look as though she’s reading an incredibly slow moving teleprompter that rotates one word at a time. Then there’s dancing: dancing during her shows, dancing in the bars, dancing in between segments, dancing, dancing, dancing, like a goddamn musical. Some more things happen like her birthday, except instead of calling them birthdays she calls them anniversaries. And instead of celebrating her actual age (47) she celebrates the age she decides to be that year – this year she’s decided to turn 14, fitting since it’s precisely the age she acts.Then her billionaire fiance shows up and we’re all treated to an awkward scene where Tanaka, who broke his leg dancing with Mariah and is no longer performing in her show, watches Mariah drunkenly tells James how wonderful he is and how much she loves him, all while staring at her reflection in his eyeballs. But wait! Don’t pour one out for Tanaka just yet because from one episode to the next Mariah and her fiance are having problems and she’s giving lap dances to Tanaka.

It’s all very fascinating, isn’t it?

Speaking of fascinating, did anyone else want a copy of the portrait Tom Sandoval made Jax for his birthday? There were a couple of birthdays celebrated on Vanderpump Rules last night. First there was Tom Sandoval who celebrated his birthday by turning his party into a “fund-rager” and raising money for Project Elev8, a non-profit that focuses on raising the standard of Haitian education. Next up: Jax, who celebrated his birthday by being roasted by all of his friends. Even his girlfriend gets in on the fun, although she does recruit Kristen to help her write jokes because, as she puts it, “I’m not a comedian.” Funny, neither is Kristen. Yes, Kristen is still trying to convince the world that she’s more funny than crazy by doing skits at local comedy venues, and last night she tried convincing us she’s funny by hosting Jax’s roast. The timing of Jax’s roast was perfect as Brittany’s mom, Sherri, was in town and got to witness the entire group individually take the platform and recant fun Jax stories that highlighted his binge drinking, drug use, cheating scandals, and gay rumors. Katie did her bit, channeling her inner Sam Kinison as she growled/yelled her punch lines. Scheana made fun of all of his botched attempts at various words and sayings. And out of everything Brittany’s mom heard Jax was blown away that what bothered her most were the gay rumors. And for the first time in the shows history, Jax actually makes sense.